Switzerland decided to join the World Bank in a referendum that took place in 1992. 56% of the voters were in favour of joining the Bretton Woods institutions, the International Monetary Funds (IMF) and the World Bank.

The anniversary conference discussed  the Bank’s successes and challenges of the past 25 years; it also explored future avenues to the World Bank’s contribution towards reaching the UN Sustainable Development Goals and reducing poverty worldwide.

Impressions of the commemorating conference

Conference in mid-August in Bern
with Jim Yong Kim and Johann N. Schneider-Ammann
to commemorate the 25th anniversary
of Switzerland joining the World Bank

Special guests on their way 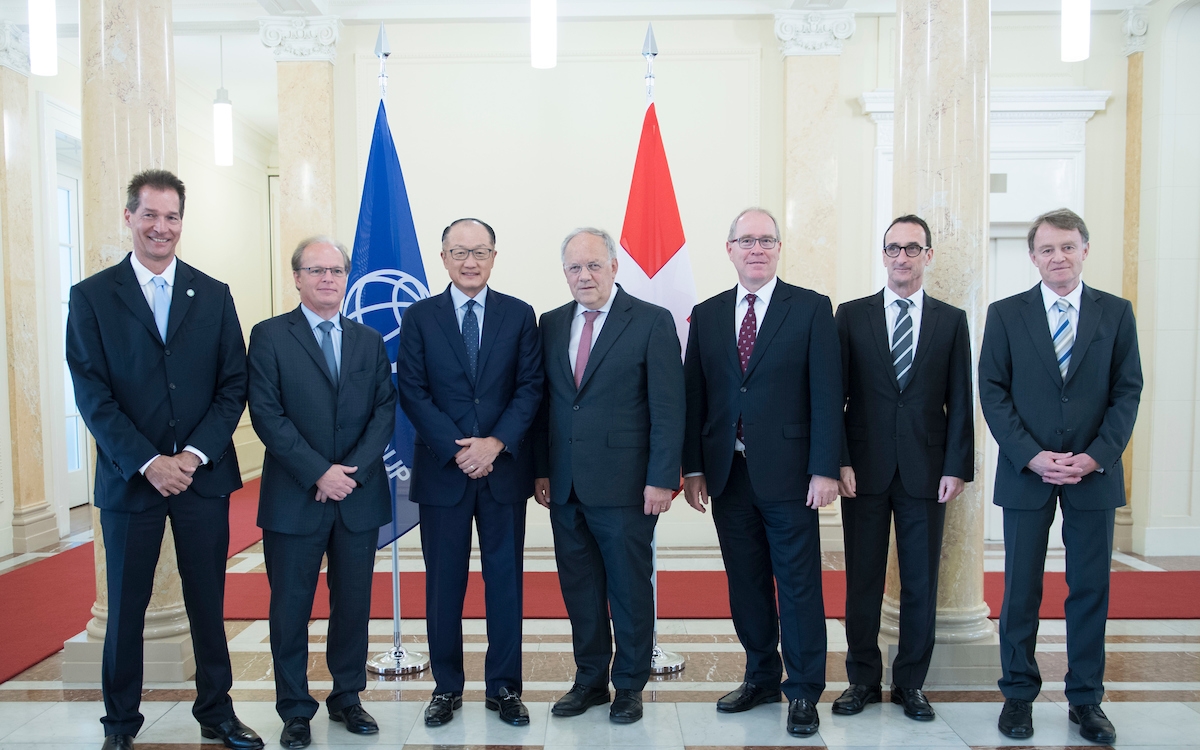 President Kim appreciated the relationship based on partnership and the positive impact Switzerland has had as an important contributor and long-standing member of the World Bank Group. He said that this was especially true in the promotion of the private sector, the creation of work places and dealing with issues such as water, the environment, climate change and vulnerability in a responsible way. Mr Kim also talked about how the World Bank Group can achieve its goals of ending dire poverty and promoting shared prosperity. He showed the new instruments and approaches applied to facilitate economic growth, invest in people and improve resilience when confronted with disruption and danger.

Federal Councillor   Schneider-Ammann, Swiss Governor at the World Bank, emphasised the institution’s significant role when dealing with challenges like climate change, financial crises, natural disasters or migration flows. He stressed the importance of maintaining the World Bank’s independence. Mr Schneider-Ammann invited the World Bank not to dissipate time and energy but to focus on its key competencies and to be more selective whit its credit approvals.

Impressions of the pre-conference

Yes* and No posters from the 1992 campaign 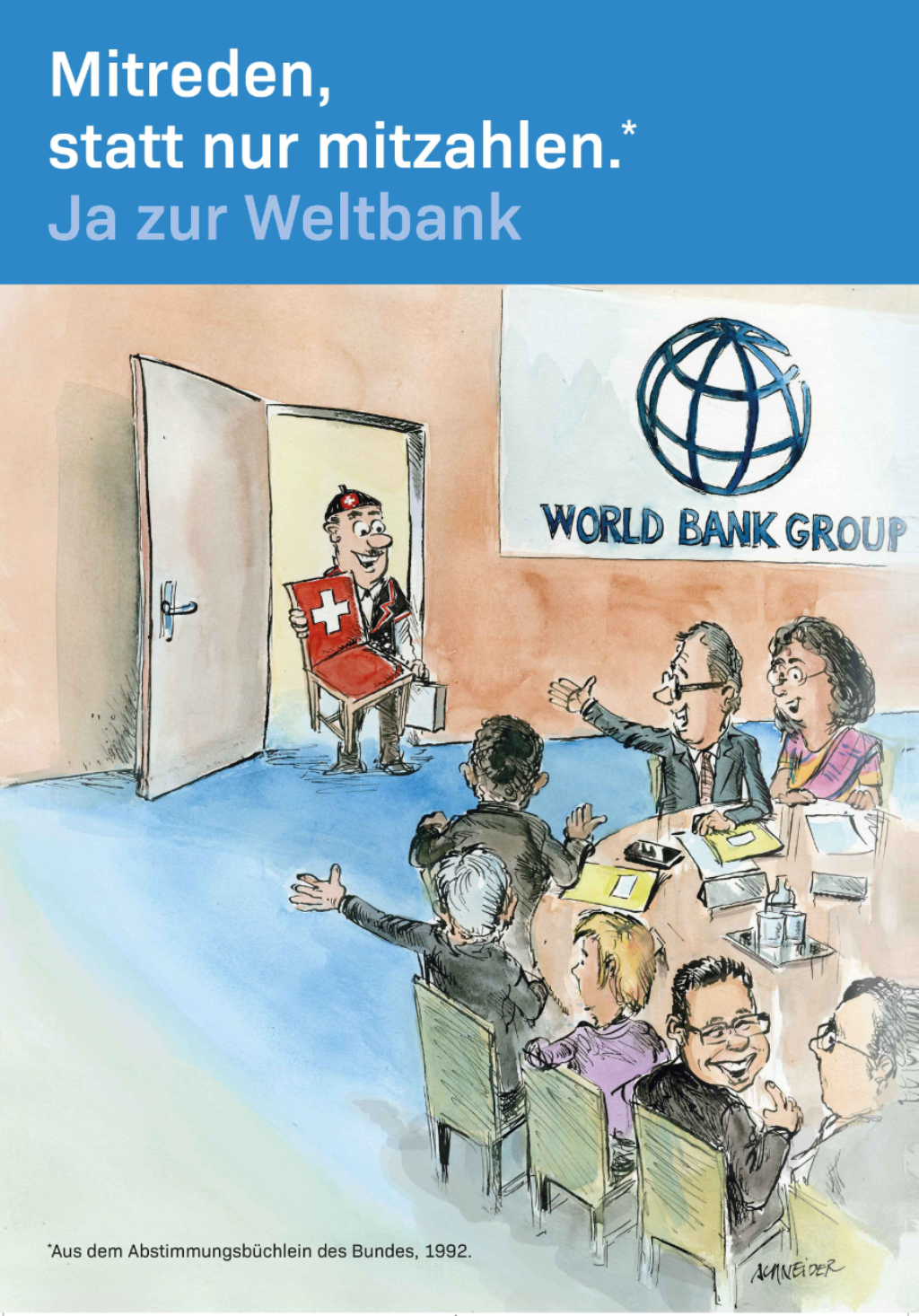 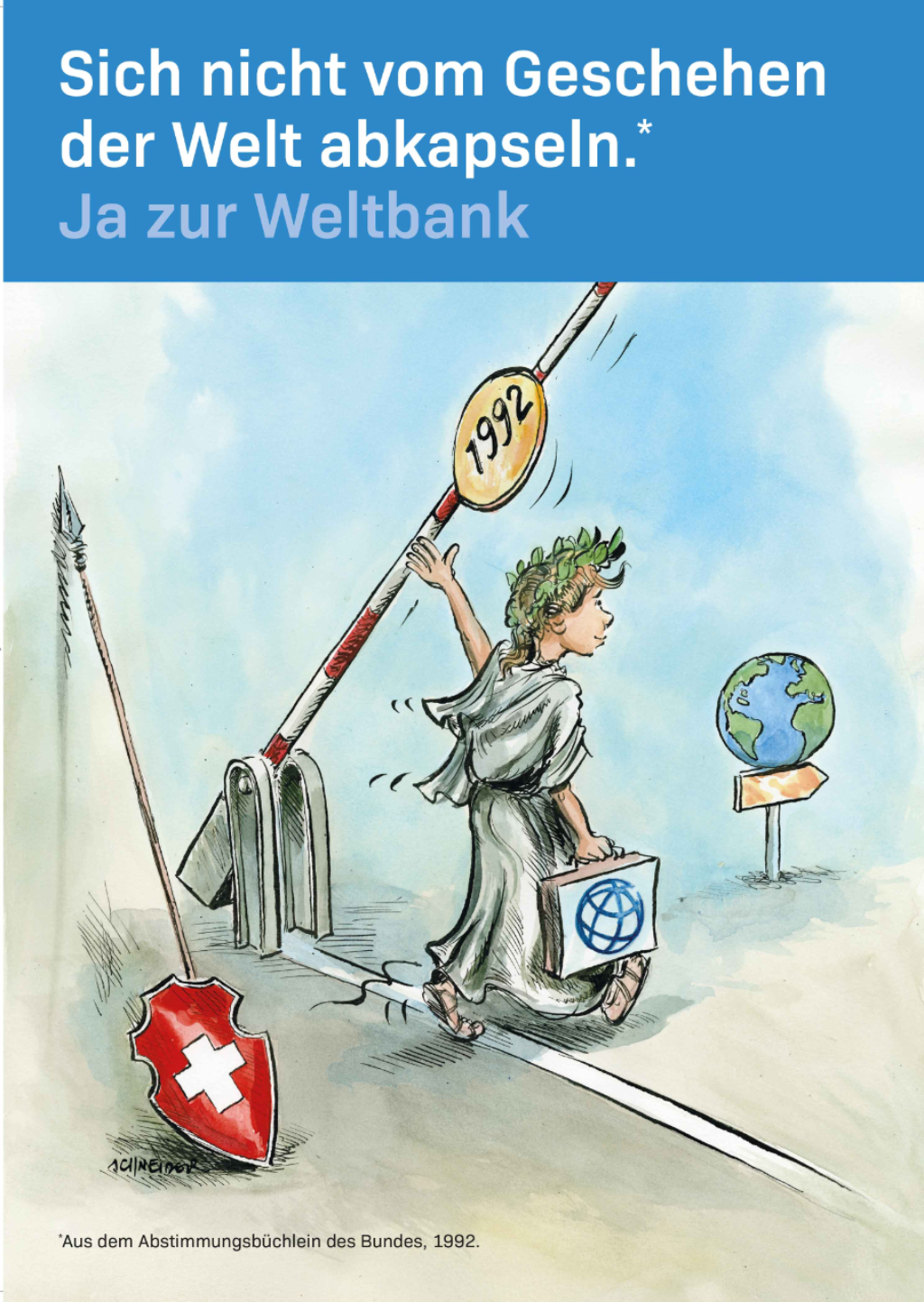 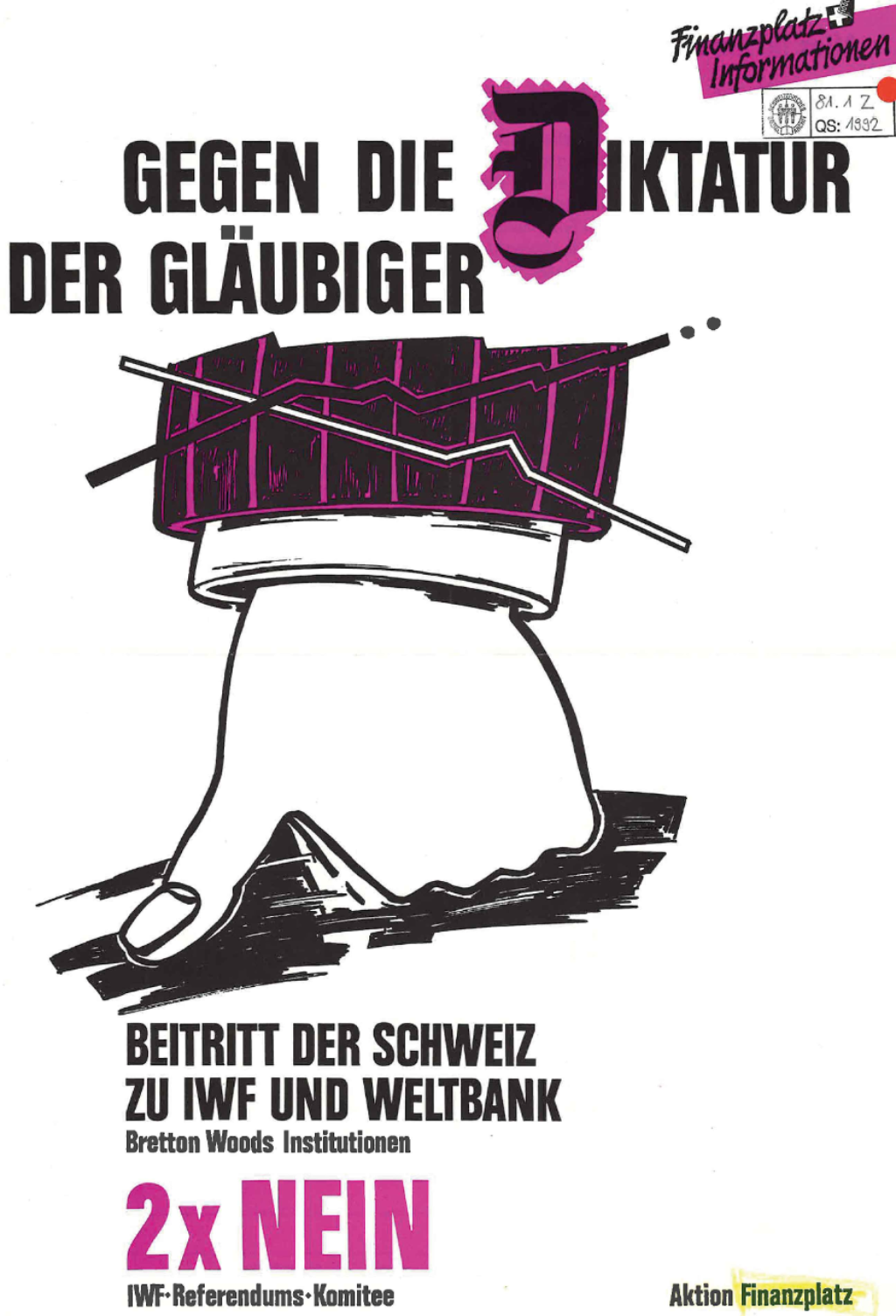 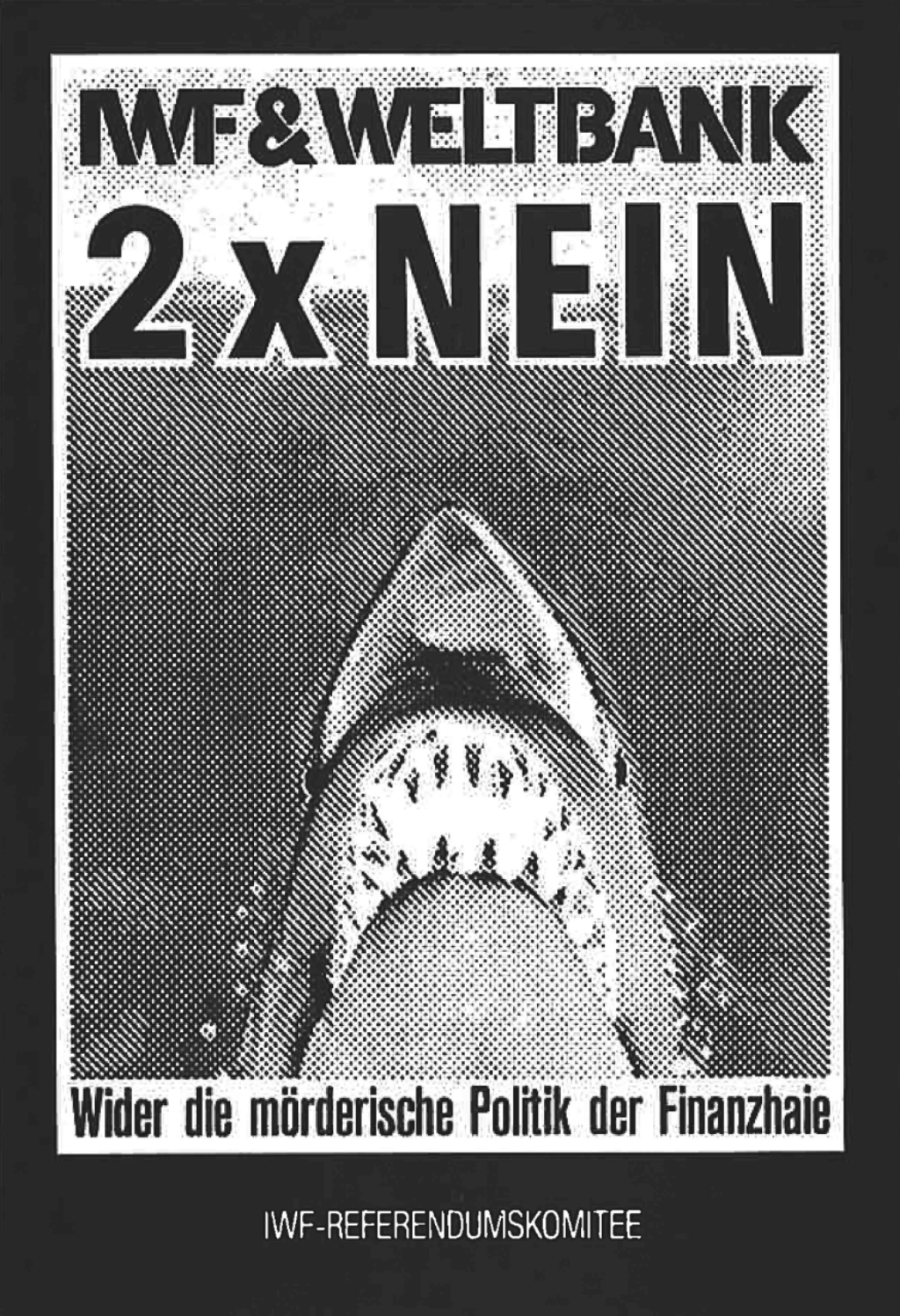 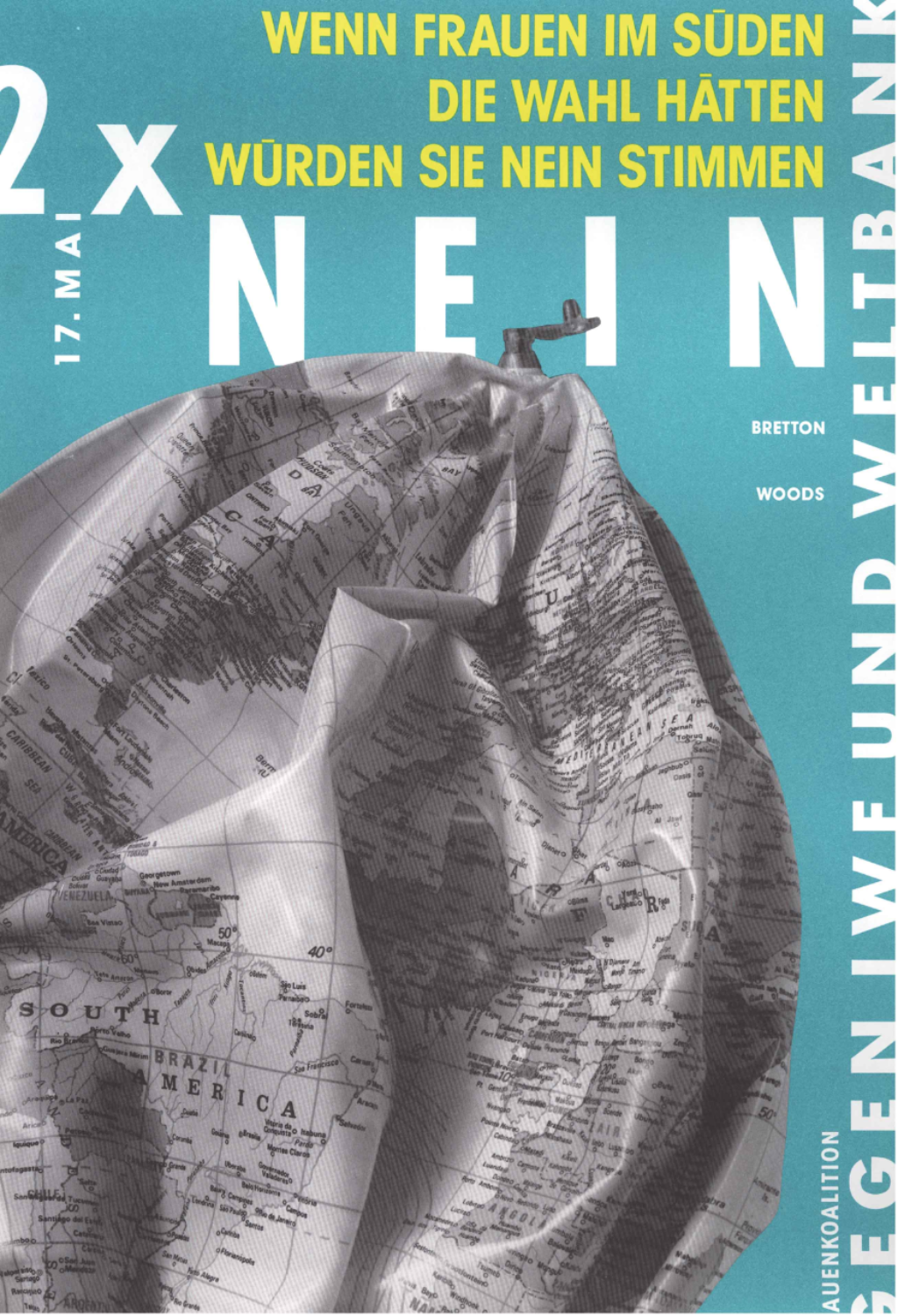 * Since ‘Yes’ posters from 1992 are not available, SECO has created its own, using passages taken from the 1992 explanatory pamphlet.